One crazy night in Vegas

So, you came to Vegas (or Reno, or elsewhere in Nevada) with no intent to marry and now you might need to get an annulment in Nevada. You came here on your own or with someone you were dating, or you met someone here, had loads of fun, cocktails of all sorts were involved every step of the way and influenced every decision you made that night.

And that’s how you woke up the next day to a marriage certificate with your name on it. You feel remorseful, guilty, and a bit ashamed of having done this foolish thing. Now, you’re thinking of getting an annulment.

Know that this has happened to the best of people and you’re not alone. You are not the first to have gotten married in Las Vegas while intoxicated and we’re pretty certain that you’re not going to be the last either.

Luckily, Nevada laws allow for you to be able to get your Las Vegas marriage annulled, based on the very fact that you were intoxicated at the time of the marriage. Wedding chapels are not supposed to marry people who are under the influence, but based on our experience, they don’t follow that rule too well.

Oftentimes, we also get clients who came to visit Las Vegas from their home country very far away. In most parts of the world, it is a lot more difficult to get married than it is in Nevada. When Elvis is standing in front of them asking if they want 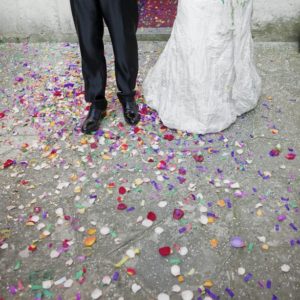 to tie the knot, they think it’s a humorous way to spend some time and an original way to remember their vacation in Las Vegas. Because of a combination of many things, like not understanding English too well in many cases, of the ease with which they can get married, which to them means it’s not real, a wedding chapel staff that doesn’t explain anything, and because of all the alcohol they consumed, they end up married. Just for fun, they think.

To make matters worse, they go back home to their own country and go on with their lives as though their Las Vegas marriage is simply a cute souvenir. In time, they find out it was much more than that, and they end up needing an annulment in Nevada.

Another scenario we have come across on a regular basis over the years, and I almost hate to say this, but numbers don’t lie. Our office has been told by many people from many different countries, people who don’t know each other at all so we know they’re not colluding, that the staff at the wedding chapel told them that their marriage wouldn’t be legal unless they filed the marriage certificate themselves after the ceremony. So, they go home thinking they are still single, when in fact they are now legally married because the wedding chapel is responsible for filing those marriage certificates, not the bride and groom. Unfortunately, some of these people go on to get married to someone else in their country, and only later discover that they were already legally married when they got married back home.

We had a client from somewhere in the UK who had married in Las Vegas in what she believed was simply a “souvenir” ceremony, only to read an article years later, one that said Las Vegas marriages were legal in pretty much every country, and deciding to check on her own Vegas marriage so she could satisfy herself that it hadn’t been a legal marriage. By then, she was remarried to someone else and had a three-year old child with her new spouse. We were able to obtain a Nevada annulment for her even though the Nevada marriage had taken place 15 years prior, but this cost the client dearly. This was mainly because in addition to the cost of the annulment, she had to annul her marriage to her UK spouse and then had to remarry him.

A new development to the above scenario, something we’ve seen for the past five years or so, is that many other countries are now able to check if any marriage licenses from anywhere have been issued to someone applying for a marriage license there; and this is how some people who got married in Las Vegas “just for fun” discover that they are already married for real. These people are the lucky ones who find out about it before they remarry, but it’s still somewhat of a pain for them to deal with.

We have represented numerous foreigners who married here, either on the spur of the moment while intoxicated or because they didn’t understand the legality of it, in their annulment in Nevada. Luckily,  annulment laws are lenient enough here for us to be able to untangle these folks from those situations.

There are many reasons why people want to file an annulment in Nevada, even when they planned the marriage ahead of time.  Go here if you have questions about the process.

And if you were simply in that Vegas state of mind where you thought you owned the world and that alcohol wasn’t affecting you, there is a way out for you too, if you wish it. We have also untangled numerous such situations during our many years representing others in their Annulment in Nevada.