Were you recently married here and now wish to file an annulment in Las Vegas?  You might be eligible to file if you were either married in Nevada or you currently live here and have been here for a minimum of six weeks. Members of the military married outside Nevada are also eligible to file here no matter where they are now stationed or deployed, as long as their ELS and home state is Nevada.

The above settles the residency requirements for an annulment in Las Vegas, but you will need more than that to be able to file here.

You also need grounds for annulment as per Nevada Statutes. Unlike many other states, Nevada luckily has fairly broad laws when it comes to filing an annulment. Visit this webpage and see you find a reason that pertains to you. If not, consult an attorney; one with a lot of experience with annulments should be able to decide if there are grounds for an annulment in your story.

The reasons why people file annulments in Las Vegas are as varied as the statutes. 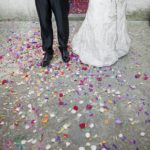 Recent clients, “John” and “Jane,” really good friends with no intent of ever marrying one another, came to Las Vegas on
vacation, indulged in the local entertainment and the excitement of clubs, which of course, all involve alcohol. Like many people, they got caught up in it.

Before they realized it, that “Vegas euphoria” and the too many cocktails caught up to them and they woke up the next morning and found a marriage certificate, theirs, on the night table of their hotel room. They felt very remorseful, guilty, and a bit ashamed of having done this foolish thing.  Well, luckily for them, intoxication is grounds for having that marriage annulled. Because of the alcohol they consumed, they did not fully understand their action when they married.

Sometimes, the marriage is planned, but there is deceit on the part of one spouse or the other. “Jill” met her husband three months before their marriage. They seemed so compatible, everything seemed so right. He loved her, he said, he wanted to marry her as soon as possible. He courted her heavily, showered her with expensive gifts and generally presented himself as well-to-do. Finally, she agreed to a quick trip to Las Vegas to get married.

Unfortunately, about six-months after the marriage, Jill discovered that her husband had deceived her; he actually lived under a mountain of debt with no hope of ever repaying it. One of those debts was to the IRS. The IRS will come after the assets of a spouse even if the debt occurred before the parties’ marriage. Making himself appear well-to-do and never stating his money issues when talk of money came up between them before the marriage, led Jill to believe that he had no money issues. This was misrepresentation on Jill’s husband’s part and she was able to obtain an annulment in Las Vegas.

There are also some who enter into what appears, at first glance, to be a good marriage, with both parties being completely honest with one another, but somehow, they get their wires crossed on some issues.

For instance, when “Mark” entered into a marriage with “Janet” they both believed they wanted children and were both able to have them. After the marriage, when it came time to get pregnant, Mark realized that he had never really wanted children after all, that the responsibility was just too much for him and he couldn’t see himself ever taking it on. Sometimes, this type of realization isn’t made until one is faced with the actuality of an impending pregnancy.

The same can also occur with religion. Members of a same religion, but of a different sect within the religion, believe that the lifestyle in each of their sect is entirely the same, but they discover after the marriage that certain important aspects of one’s sect is highly incompatible with the other’s sect, and there is no way the parties can be married to one another because of it.

Essentially in situations where there was no fraud and the parties entered into the marriage while fully sober and aware; where the parties believed in what they agreed upon before the marriage, but then discover, after the marriage, that a mistake was made. It’s no one’s fault; it simply happened. This is also a situation where a Nevada annulment might be granted.

If both parties agree to the annulment, they can both sign the documents. A joint petition annulment or a complaint for annulment and answer can then be filed; which one depends on the valid reason itself and in which court in Nevada the case can be filed.

If both parties sign the annulment documents, it typically takes anywhere from about three days to three weeks for the annulment process to be completed.  This depends highly on how busy the court or the judge is at the time of the filing of the case.

If only one party signs, it can take about twelve weeks up to even twenty-five weeks if the Defendant cannot be found to be served and publication of the summons has to occur.

Whether it takes twelve weeks or twenty-five weeks depends on how easy or difficult a defendant is to serve, but it also depends greatly on how busy the court or the judge happens to be at the time a particular case is filed and while going through the court process. For instance, if publication has to take place, it might take the judge two days or two weeks to sign the order that allows for publication instead of personal service.

There are several steps like this one that determine how long it will take to obtain an annulment in Las Vegas.  Each case is different, each judge is different. No one can really tell you with any certainty how long it will take to have a case granted. An experienced attorney can give you an average length of time it takes for an average case to go through the court, but that’s really the closest estimate you can get.